There's no warning about cookies on this site because I don't use them. I would have no idea what to do with your information. Can you pawn it for drugs?

Lion With a Penis

So, I was perusing social media the other day, and I say some utterly ridiculous and far-too-serious conversation in my feed, between a bunch of chuckleheads I don't know.

Standard stuff for the social media scene, I suppose. However, it launched me off on a tangent, to which my lightning fast Photoshop quick-draw was employed.

After my contribution, the thread was either killed, or I was summarily blocked/deleted, as I received no further notifications. 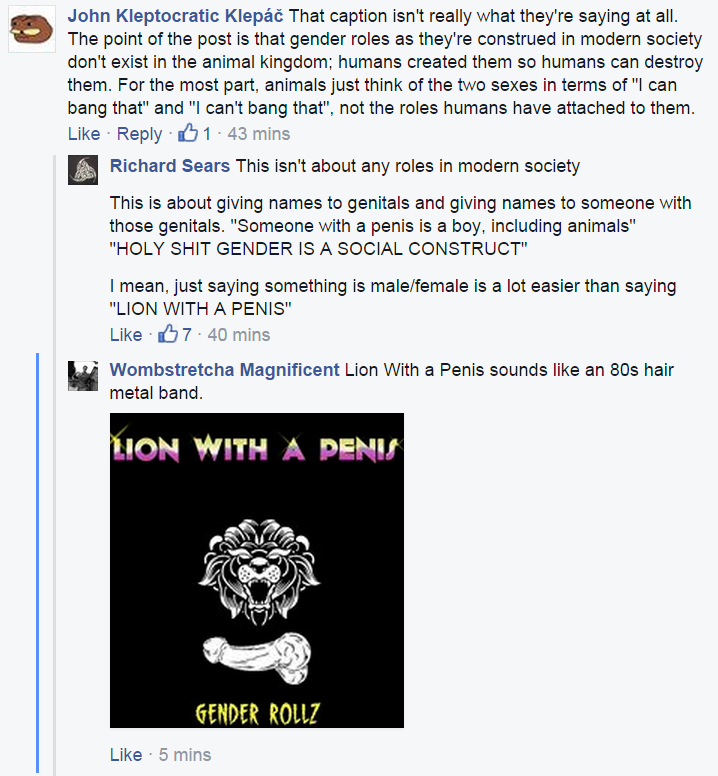 Names of the foolish have not been changed.