I once killed a man for asking me to help him commit suicide. 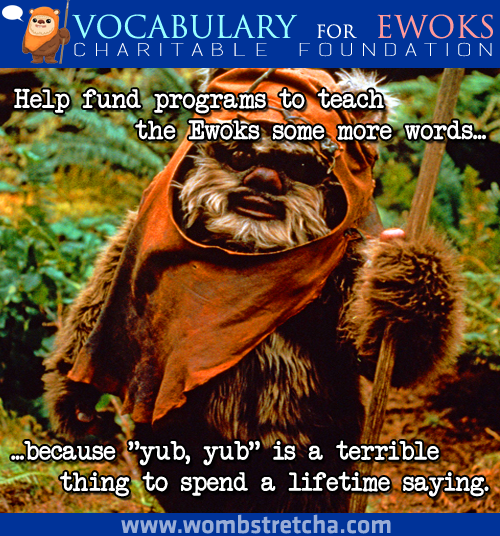 Yeah, Ewoks. I know. The great debate amongst Star Wars fans rages still about whether Ewoks or Jar-Jar were worse additions to the movies. This will probably be argued forever, but one thing that can't be argued is that if they just said different stuff, they might be more likable.

Now's your chance! Donate to Vocabulary of Ewoks and teach them something else... ANYthing else.