Don't trust anyone who is capable of pounding straight maple syrup. 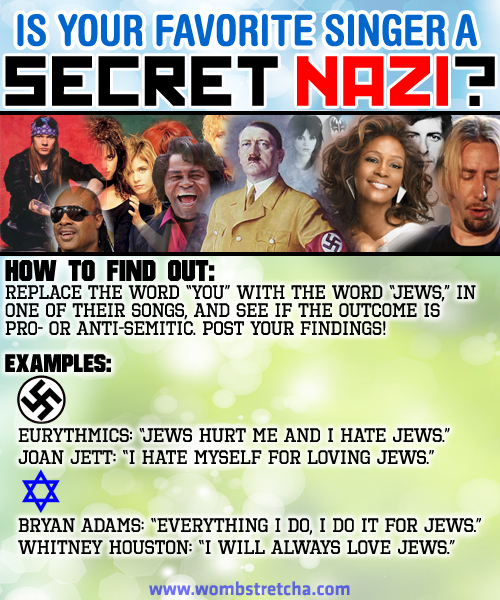 Did you ever suspect that maybe the pop song you heard on the radio a minute ago might have been influenced by HITLER?! Well, now I have a simple test to see if your favorite songs might be the product of hidden Nazi influence.